In the royal palace at Forres, Banquo paces and thinks about the coronation of Macbeth and the prophecies of the weird sisters. The witches foretold that Macbeth would be king and that Banquo’s line would eventually sit on the throne. If the first prophecy came true, Banquo thinks, feeling the stirring of ambition, why not the second? Macbeth enters, attired as king. He is followed by Lady Macbeth, now his queen, and the court. Macbeth and Lady Macbeth ask Banquo to attend the feast they will host that night. Banquo accepts their invitation and says that he plans to go for a ride on his horse for the afternoon. Macbeth mentions that they should discuss the problem of Malcolm and Donalbain. The brothers have fled from Scotland and may be plotting against his crown.
Banquo departs, and Macbeth dismisses his court. He is left alone in the hall with a single servant, to whom he speaks about some men who have come to see him. Macbeth asks if the men are still waiting and orders that they be fetched. Once the servant has gone, Macbeth begins a soliloquy. He muses on the subject of Banquo, reflecting that his old friend is the only man in Scotland whom he fears. He notes that if the witches’ prophecy is true, his will be a “fruitless crown,” by which he means that he will not have an heir (3.1.62). The murder of Duncan, which weighs so heavily on his conscience, may have simply cleared the way for Banquo’s sons to overthrow Macbeth’s own family.
The servant reenters with Macbeth’s two visitors. Macbeth reminds the two men, who are murderers he has hired, of a conversation he had with them the day before, in which he chronicled the wrongs Banquo had done them in the past. He asks if they are angry and manly enough to take revenge on Banquo. They reply that they are, and Macbeth accepts their promise that they will murder his former friend. Macbeth reminds the murderers that Fleance must be killed along with his father and tells them to wait within the castle for his command.
Summary: Act 3, scene 2
Elsewhere in the castle, Lady Macbeth expresses despair and sends a servant to fetch her husband. Macbeth enters and tells his wife that he too is discontented, saying that his mind is “full of scorpions” (3.2.37). He feels that the business that they began by killing Duncan is not yet complete because there are still threats to the throne that must be eliminated. Macbeth tells his wife that he has planned “a deed of dreadful note” for Banquo and Fleance and urges her to be jovial and kind to Banquo during the evening’s feast, in order to lure their next victim into a false sense of security.
It is dusk, and the two murderers, now joined by a third, linger in a wooded park outside the palace. Banquo and Fleance approach on their horses and dismount. They light a torch, and the murderers set upon them. The murderers kill Banquo, who dies urging his son to flee and to avenge his death. One of the murderers extinguishes the torch, and in the darkness Fleance escapes. The murderers leave with Banquo’s body to find Macbeth and tell him what has happened.
Share this episode: 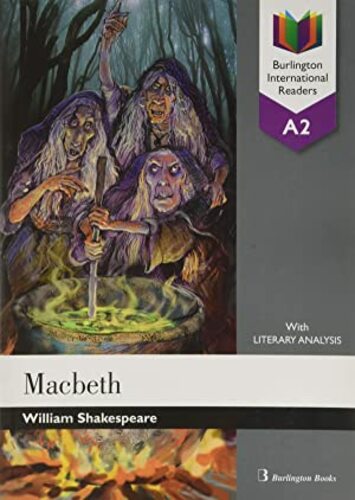 Tell your story! - Create, share, and monetize your podcast $2USD per month